Claes Oldenburg’s fun and funny sculpture, Lipstick Ascending on Caterpillar Tracks, originally installed in 1969 on Beinecke Plaza of Yale, is a great example of the revolution in art which was happening in the 1960s.

Oldenburg was born in Stockholm in 1929, his family settled in Chicago in 1936. Between 1946 and 1954, he studied Literature and History of Art at Yale University and attended the Art Institute of Chicago.

A good way of understanding his art is by reading his manifesto « I am for an art », in which he states:

« I am for an art that is political-erotical-mystical, that does something
other than sit on its ass in a museum. […]
I am for an art that imitates the human, that is comic, if necessary, or
violent, or whatever is necessary.
I am for all art that takes its form from the lines of life itself, that twists
and extends and accumulates and spits and drips, and is heavy and coarse
and blunt and sweet and stupid as life itself. »

In an interview for the Los Angeles Times in 1995, he said that the overriding idea in his art is anti-elitism, making use of its surroundings. As such, his art is located in personal experiences and relationships, as part of everyone’s daily life, and thus revolves around “the forms that hold man together,” our common thoughts, feelings and sensations. This states his ambition of taking art off its pedestal, and of using and transposing life in order to create pieces which reflect human interests.

From the mid-60’s, he cultivates an obsession for gigantic objects in city-scapes, as this collage, Lipsticks in Piccadilly Circus, 1966, shows.

The Lipstick on Caterpillar Tracks sculpture which I focus on here is a later version of the work, yet not the final one. Further, Lipstick marked only the beginning of a long career of fun, unconventional public art in collaboration with his wife Coosje Van Bruggen. This artistic, democratic conquering of urban spaces has resulted in many other pieces such as these, which all have the same ambition of establishing direct contact with wider audiences.

This black and white photograph shows us the original monument, measuring 7.2 x 7.6 x 3.3 meters (that’s length, height, width). It was made of plywood and had an inflatable vinyl balloon at its top, which got punctured and was replaced by a metal cap the week following its installation, as the first photograph of this post shows.

Subsequently, Lipstick, having suffered from degradation and vandalism, was removed in March 1970. It was re-made some four years later, of weathering steel and fibreglass. The new version is still in place, in the courtyard of Morse College, and belongs to Yale Art Gallery, where you can see, use and touch it in its final form:

Lipstick Ascending on Caterpillar Tracks exists thanks to Stuart Wrede, Architecture student at Yale University at the time. Admiring Oldenburg’s works, he developed for the Yale Architecture Journal a plan for a possible monument.

After visiting several sites, Oldenburg settled for Beinecke Plaza, centre of student protests and demonstrations, and a group of students and staff, nicknamed by the artist the “Colossal Keepsake Corporation of Connecticut”, started raising money for the materials.

His intentions were to make a speaker’s platform, which would be a main focal point for student debates and protests. For this, the vinyl top of Lipstick Ascending on Caterpillar Tracks originally was to be inflated by the speaker for attention, as the preliminary study work pictured shows.

To add to this, the Lipstick itself was to rise telescopically, like a normal tube of lipstick, making, from my understanding, several possible level “stations” to stand on. The technical drawing shows how the piece can be climbed on, as well as the pump mechanism for inflating the tip.

The piece was very well used, as between 1969 and 1970, students were nearly always protesting something. Mainly, the war in Vietnam was majorly criticized, but Lipstick also witnessed pro-feminist rallies, student strikes, as well as supports for the Black Panther Party (black revolutionary socialist organization).

Several different interpretations of the piece were made over time; I will go through these briefly, in order to let everyone make their own mind about it.

Could it be a pro-feminist piece?

1969 was a big year for women, in America as well as more locally at Yale. Around the US, women were claiming their right for gender equality, for better education, for sexual and abortion rights. At Yale, interestingly, 1969 was the year the University went co-ed, thus admitting women to study there.

This monument, mixing two major stereotypes, tank for men, cosmetics for women, seems to bring everyone down the same level, promoting gender equality of speech in debates. In his Notes, Oldenburg promotes this idea by writing that the Lipstick could be a bisexual object, as it imitates both male and female.

Some even see the fact the Lipstick is Ascending ON the Caterpillar Tracks as a symbol of feminist uprising and progress.To add to this, Yale announced the previous year that September 1969 would see the first generation of undergraduate women. This makes it feasible that by installing Lipstick on May 15th 1969, Oldenburg wanted it to be present to welcome women in the next coming term.

Others believe this piece was installed as an “institutional critique” against Yale University Administration.

Oldenburg himself said this “ironic” large-scale sculpture reflects people’s real concerns, stipulating that Lipstick responds to the commissioners’ concerns, which were of course, students. Further, having been planned and made in secret, Lipstick was never really adopted by Yale and created outrage amongst the administration of the University, which links the sculpture as a symbol to a class division between students and administration.

As it was originally positioned in Beinecke Plaza, right across from the President’s office, Lipstick Ascending on Caterpillar Tracks can also be seen as a direct confrontation between the students and Yale. The same year, strikes took place in several different departments, and the University was blamed for its elitist system as well as its indifference to the needs of students.

Placing such an imposing monument which completely breaks the austerity of Yale could be a good way of demonstrating discontentment in a fun, public way.

However, the most common idea passed on about this piece is its allegiance against the Vietnam War. Beinecke Plaza was already the seat of many student anti-war protests, and Oldenburg only gave them a podium to be heard better, while de-dramatizing the matter.

Some also say that, by fixing a phallic-shaped cosmetic item onto the base of a tank, Oldenburg attempted to emasculate the army, and to ridicule war. To add to this, Barbara Rose, art critic, took it even further by questioning the virility of America upon seeing another sexual innuendo within the originally faulty balloon inflation mechanism.

The only problem with this theory is that Oldenburg himself doesn’t go along with it. In his Notes, he wrote “The caterpillar track need not be read as a reference to war machinery – the piece was originally conceived to crawl its way downstairs to its site”.

I personally do not believe the piece should be looked that far into. After all, Claes Oldenburg makes art for the sake of public enjoyment and use, not necessarily for a symbolic meaning, and it is appreciable that the original context and the use of Lipstick gave it its purpose and meaning.

Indeed, in his Notes on the Lipstick Monument, Oldenburg wrote that “it remains to be seen at this time of writing just how the piece, the real piece, will look – […] the interpretations must wait for the presence of the thing itself”. In my opinion it was more of an opportunity to fulfil a guilty pleasure and get rid of a sort of chronic obsession he seemed to have, with gigantic lipsticks in cityscapes.

The only strong symbolism I do believe this piece holds, however, is one of institutional critique – not towards Yale, but towards art. By presenting a giant mockery of a lipstick on a tank as art, Oldenburg not only shakes the definition of art by making it belong to the public, he also shakes art’s tight conservatism, by claiming that, after all, anything can be art. This is the start of a modernist thought in sculptures and public monuments, which reflects the same revolution which was happening in painterly art – think Neo-Dada and Pop, which tirelessly tried to break the boundaries of classical art.

I will conclude on his words on Lipstick Ascending on Caterpillar Tracks: he said about it that “it had worked its way from a piece of useful art to a museum piece”– which settles us on his primary concern when making it – that is, public usefulness, which defies the museum institution. 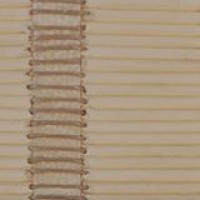 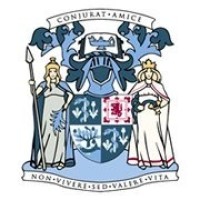